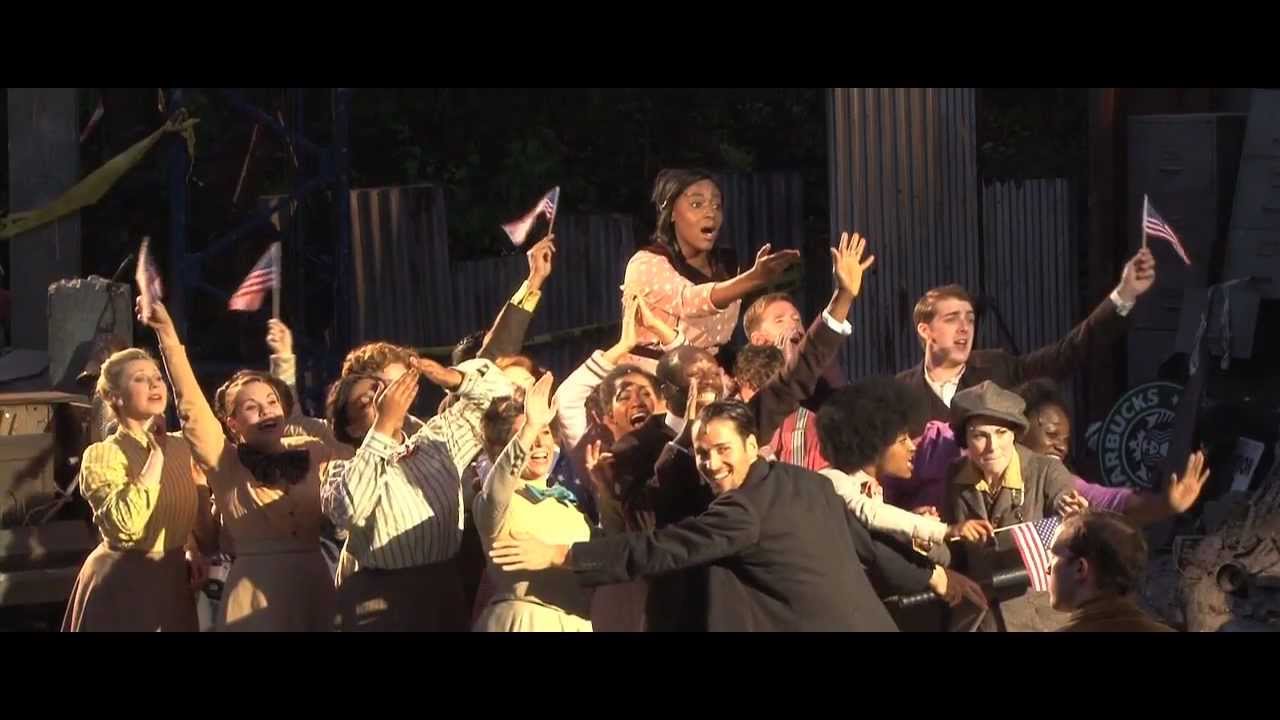 Book by Terrence McNally
Music by Stephen Flaherty
Lyrics by Lynn Ahrens
Based on the novel RAGTIME by E.L. Doctorow

As the strains of ragtime music are heard on an old record player, a father tells his son a story; a story of hope set at the turn of the 20th century; of a Harlem pianist, a white middle-class family and a Latvian immigrant, whose dreams of a better world shape their destiny.

Performed by arrangement with JOSEF WEINBERGER LIMITED on behalf of MUSIC THEATRE INTERNATIONAL of New York.

“three-time Olivier winner Timothy Sheader has raised the artistic bar... Ragtime is the most ambitious production yet” “an impressive spectacle”

⋆ ⋆ ⋆ ⋆
“UPLIFTING” Stephen Flaherty's score matches the energy of the new America with the ragtime music of the period, swelling into gospel and climaxing in misty-eyed anthems"

⋆ ⋆ ⋆ ⋆
“with show-stopping numbers and a Houdini escapology act, this is a production that matches its material in scope and audacity”

“Sheader’s coup is to combine the period setting with a prologue set in a junkyard in present day America... the working crane dominates Jon Bausor’s striking design”

“VISUALLY IMPOSING” “Especially impressive is the radiant Rosalie Craig, who is surely a star in the making”