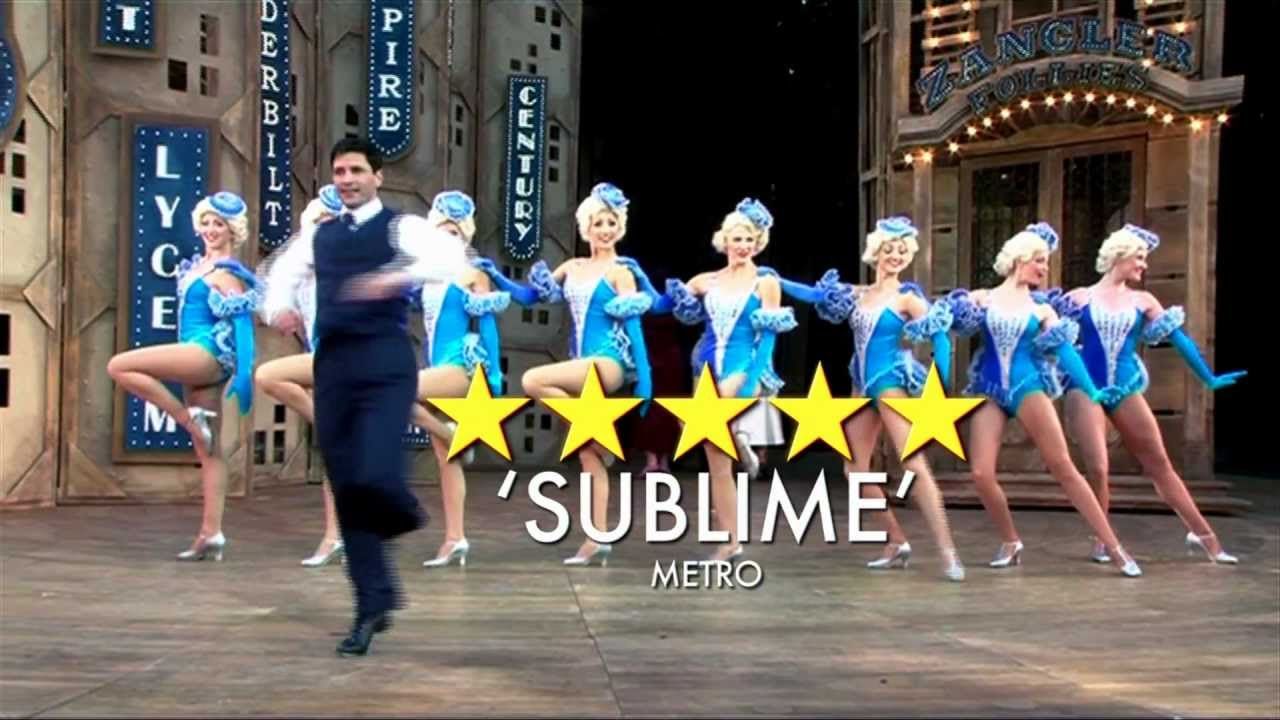 Hailed by critics as a musical triumph, Gershwin's smash hit musical Crazy for You received more five star reviews than any other West End musical in 2011.

Packed full of George and Ira Gershwin's classic songs including "I Got Rhythm", "Someone To Watch Over Me", "Embraceable You" and "Nice Work If You Can Get It", Crazy for You boasts not only some of the finest songs ever written but some of the most dynamic choreography ever seen on the London stage.

"full of youthful exuberance... the show brims with a sassy joie de vivre" "Stephen Mear's choreography is INGENIOUS and POLISHED"

"beautifully choreographed by Stephen Mear and directed with aplomb by Timothy Sheader... this production is a glorious blaze of colour and exuberance" "IRRESISTIBLE"

"nothing short of sublime... designed to put a smile on your face

"the sheer joy the company take in their work is infectious... Clare Foster is terrific... Sean Palmer is a handsome sweetheart"

"spirits soar during this delirious revival... the director, Timothy Sheader, the superbly inventive choreographer Stephen Mear and an ebullient company all spendidly delivery the goods... A DELIGHT"

"a starlit tunnel to showbiz heaven"

⋆ ⋆ ⋆ ⋆
“Timothy Sheader’s excellent staging pitches it perfectly. His wittily detailed revival... shifts indoors, but loses none of its sunny disposition.”
“this is an exuberant ensemble show”
“this is a tonic for gloomy times”