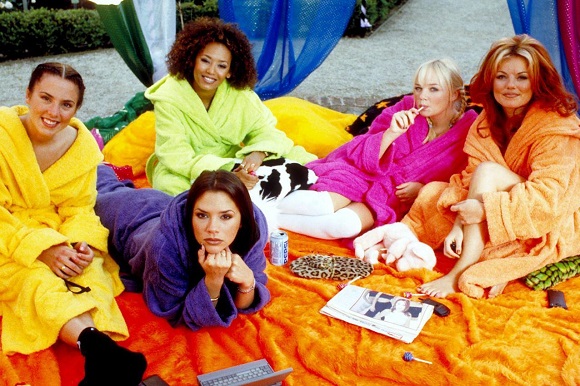 On Sunday 26 August, The Luna Cinema present the 1997 movie Spice World - the first of our 2018 film screenings. But what do you remember of the year that introduced us to Harry Potter, Tony Blair as Prime Minister, Channel 5 - and the year that the Spice Girls dominated the pop world?

3 January: Evita is released on film starring Madonna as Eva Peron 4January: The Spice Girls achieve a number one single with ‘2 Become 1’, and their album ‘Spice’ tops the album chart (it tops the charts for a total number of 10 weeks during the year) 15 January: Princess Diana calls on an international ban on landmines 16 February: Martin Guerre wins Best New Musical in the Olivier Awards. Other winners include Robert Lindsay (Best Actor in a Musical, Oliver!), Maria Friedman (Best Actress in a Musical, Passion), Art (Best Comedy) and Stanley (Play of the Year) 7 March: Tom Cruise stars in Jerry Maguire 15 March: The Spice Girls hit number one with ‘Mama’ / ‘Who Do You Think You Are’ 25 March: The English Patient wins 9 Academy Awards 28 March: Baz Luhrmann’s Romeo+Juliet stars Leonardo DiCaprio and Claire Danes 30 March: Channel 5 is launched 1 May: Tony Blair leads a landslide victory for the Labour Party in the General Election 2 May: The first of the Scream franchise of films is released, starring Neve Campbell, Courteney Cox and David Arquette 3 May: Katrina and the Waves win the Eurovision Song Contest with ‘Love Shine a Light’ (and we haven’t won since) 26 June: ‘Harry Potter and the Philosopher’s Stone’, J.K.Rowling’s first Harry Potter novel, is published 1 July: The UK transfers sovereignty of Hong Kong, to largest remaining British colony, to the People’s Republic of China 19 July: The IRA declare a ceasefire 29 August: The Full Monty is released in UK cinemas 31 August: Princess Diana is fatally injured in a car crash in Paris, instigating worldwide mourning 13 September: The release of Elton John’s ‘Candle in the Wind’, becomes the second best-selling single worldwide, beaten only by Bing Crosby’s 1942 release of ‘White Christmas’ 15 October: A new land speed record of 763.035mph is achieved by Andy Green – the first time the sound barrier has been broken on land 25 October: ‘Spice Up Your Life’ is another number one hit for The Spice Girls 1 November: Aqua’s ‘Barbie Girl’ starts 4 weeks at number one 15 November: ‘Spiceworld’ tops the album charts 18 November: Titanic receives a Royal Film Premiere in the presence of HRH Prince Charles 20 November: The Queen and The Duke of Edinburgh celebrate their 50th wedding anniversary 11 December: The Royal Yacht Britannia is decommissioned after 44 years in service. 12 December: Pierce Brosnan and Teri Hatcher star in the eighteenth Bond movie, Tomorrow Never Dies 21 December: The Spice Girls topped the UK charts with ‘Too Much’ (knocking the Teletubbies off the top spot) 26 December: Spice World is released in British Cinemas, featuring not only the Emma, Victoria, Geri, Mel B and Mel C, but also Roger Moore, Meat Loaf, Jools Holland, Richard Briers, Stephen Fry, Jennifer Suanders, Elton John, Bob Geldof, Jonathan Ross, Bob Hoskins, Richard E Grant, Barry Humphries...and many more!

Full cast and creative team for Romeo and Juliet confirmed.